The concept of financial systems and money is evolving. It’s becoming more accessible and giving power back to every day people. The “old money” in the industry is being shaken, and that is no more evident than this past week.

If you haven’t heard by now, there’s a protest going on within the stock market. It involves Melvin Capital, Citron, a bunch of Redditors, and... Gamestop. 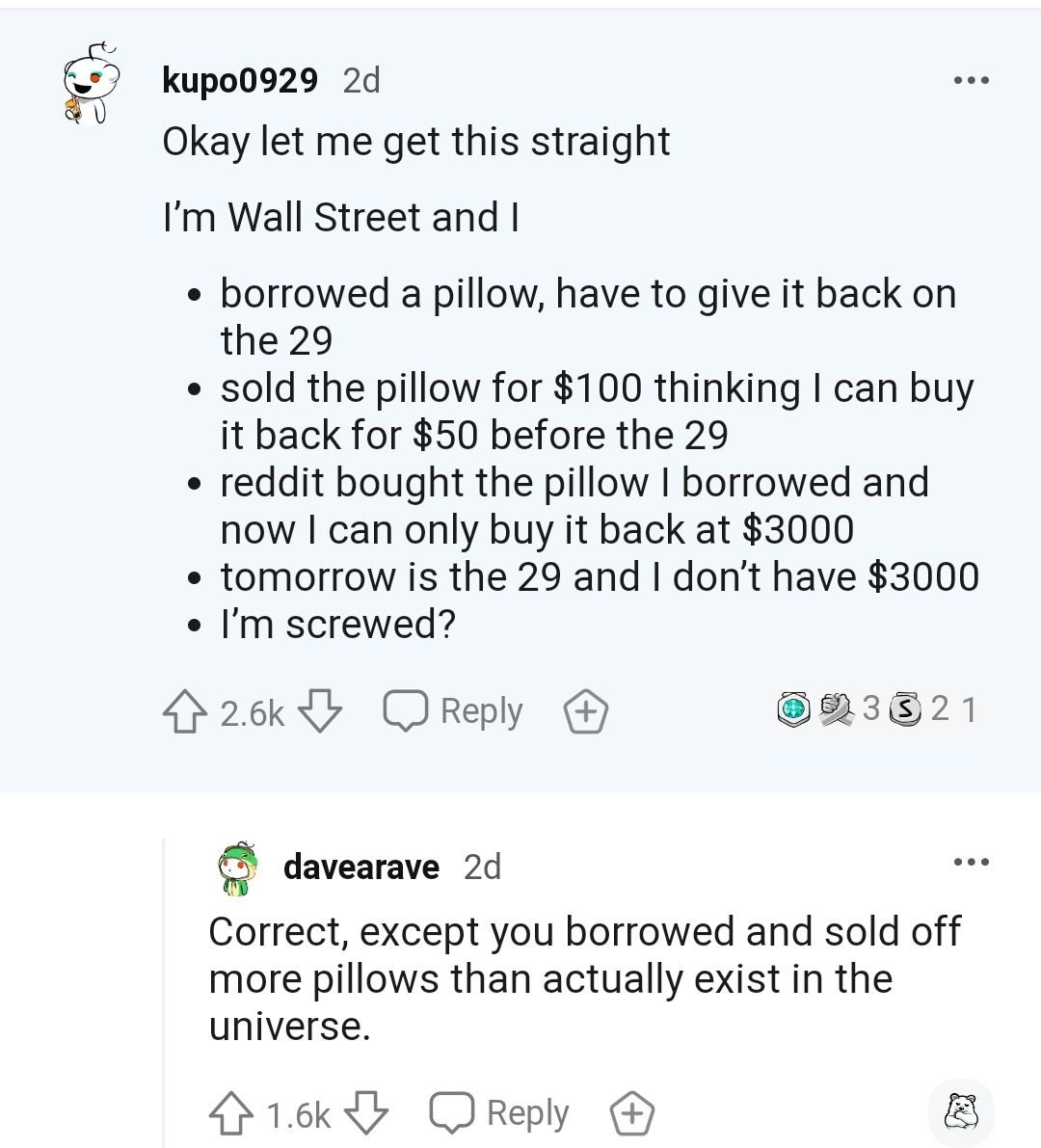 To summarize it quickly, the hedge funds had been doing some shady sell orders on the Gamestop stock. A bunch of Redditors noticed, then took the opportunity to destroy the whole fund. By buying up all the GME stock, they can squeeze a nearly unlimited amount of money from the hedgefunds. Bankrupcy is pretty much a matter of time now.

The whole fiasco is interesting from a financial perspective. There have been issues with exchanges (Robinhood) delisting GME that beg the question, are the markets truly fair?

Greater access to financial products has made memeing investments a potentially new trend. Redditors have also been pumping Dogecoin recently off the GME energy wave. There’s nothing valuable about Dogecoin, no business, no goals. Yet a bunch of people are now making a ton of money off of it.

Plenty of speculation around why this is happening. To be fair, Visa has been quietly partnering with crypto companies since at least 2017 (Coinbase and Fold).

The Feds have been encroaching on Visa’s territory with an instant payment system coming out 2023-2024. It’s possible that they feel the need to expand into other ventures. They tried to buy Plaid, a fintech startup that has made banking services more accessible to developers. That ended up becoming a hairy deal. Offering cryptocurrency seems to be their newest idea.

Financial markets are becoming something that not just the rich can participate in. The ones often left out of the conversation are realising new power. Cryptocurrency is a driving force in that. At the very least, by encouraging other companies to step up their game and compete.